It's Howdy Doody Time at the Coral Ridge Country Club 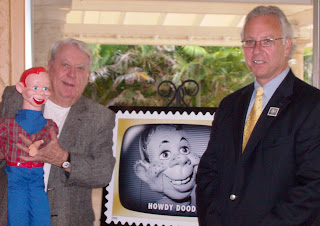 Posted by Flipper at 8:56 AM No comments:

I am writing to express thanks to Ft. Lauderdale Window Clerk, Christel M. Boltz, for improving our work environment at the Sawgrass Postal Store. She has only been with us for a couple of weeks, but she has reconfigured and decorated our lunch room at her own expense. We now have a designated lunch table that is decorated with place mats, a candy jar, a container for our books both secular and inspirational. We previously only has one table that was cluttered and shared with our ACE computer, microwave, and miscellaneous books, Now that table is neat and now sports the ACE, microwave, and now a coffee maker with a silver tray that holds coffee mugs for our employees or guests to get coffee and there is still enough room to additional people to dine. She moved our water fountain to an area that is easier to have access, and the environment of our small swing room is such a pleasure to behold. Christel has in the past decorated and organized a supervisor's office space at the Tamarac Post Office, and decorated and organized the bathroom at Galt Ocean. She never asks for anything from us even though we were willing to donate and everybody is so much more cheerful and we are grateful to her.

Bridget Weiner
SSA - Sawgrass
Posted by Flipper at 8:45 AM No comments: 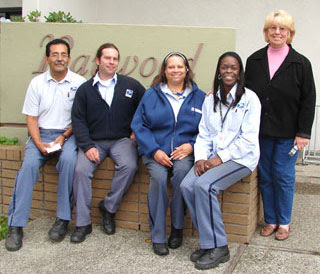 You'll want to grab a copy of the August 14th issue of People magazine to read about these postal heroes: (L to R) Oakland CA Letter Carriers Gilbert Rangel, Alan Girard, Karen Hill, and Tanya Joseph with Paywood Apartments Property Manager Kathy Walsh. A feature article highlights the actions of these employees who rescued 100 residents from an apartment fire, and many others who have come to the aid of customers in emergency situations. Each day postal employees across the nation touch the lives of millions of people, and sometimes those same employees and their heroic efforts make the difference between loss of life and property. Congratulations and thank you to all!

"Say, Kids, What Time Is It? It's Time for Howdy Doody Stamp Day!" 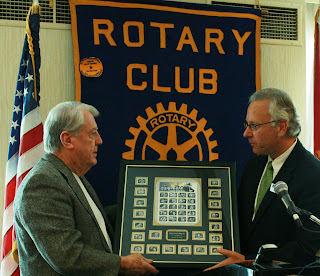 Fort Lauderdale Postmaster Mike Fortunato (R) presents framed artwork of the Early TV Memories commemorative stamp set featuring Howdy Doody to Jack Drury (L), former business manager of Buffalo Bob Smith, creator of the infamous puppet. The Howdy Doody Stamp Day presentation brought back many fond memories to the "peanut gallery" of baby boomers at the Rotary Club of Fort Lauderdale luncheon. As you'll recall, the show was set in the imaginary town of Doodyville and blended live-action characters such as host "Buffalo Bob" Smith and Clarabell, the mischievous clown who never said a word until the last episode. What was his parting comment? "Goodbye, kids."
Posted by Flipper at 3:43 PM No comments: 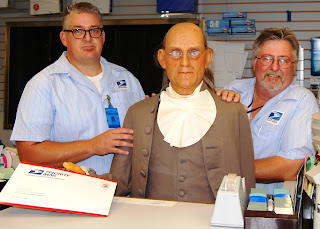 Letter Carriers Mac McDermott (L) and Doug George (R) welcome the newest Retail Associate --- Benjamin Franklin (center) --- to the Palm Beach Gardens Post Office. Franklin is a wax figure who promotes Priority Mail as a terrific product for the price. Mac, a 15-year career employee, has worked with wax figures as a hobby for more than 20 years. "Wax figures are a lost art and a dying business," he said. "There are only a few wax makers left in the world." About a year ago, Mac enlisted the assistance of Doug, an 11-year postal veteran. Doug and his wife now store 54 wax figures in their home! "We donate figures to historical sites and to individuals who will give them a good home," said Mac.

Valid Dates: 8/15/09 through 10/31/09 Employees need only show their USPS badge at the Guest Services Window to purchase up to 6 tickets at the 20% discount.

Guests can also upgrade their one-day ticket towards a Fun Card or Passport by stopping by the upgrade window prior to leaving the park for the day. A credit of what they paid for the one-day admission will be applied to their Passport of choice.
Posted by Flipper at 6:49 PM No comments:

"How Sweet It Is" 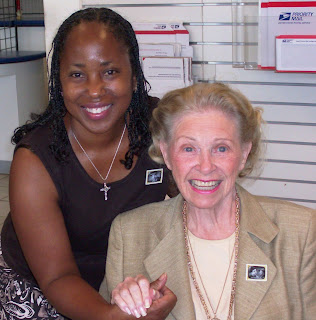 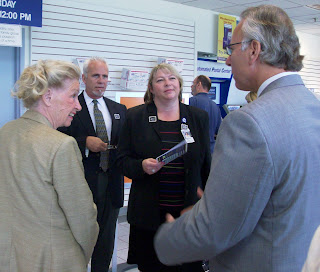 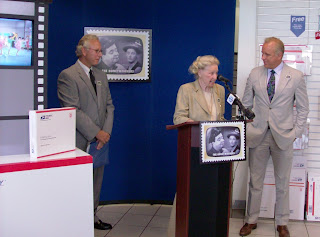 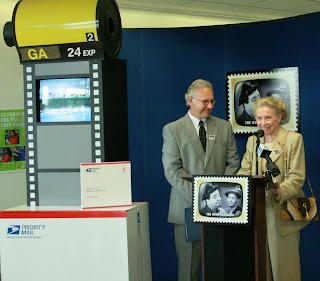 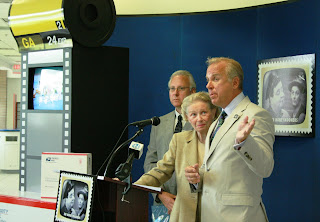 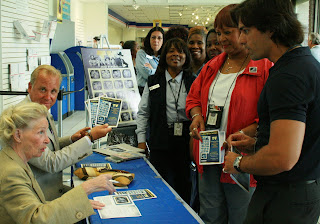 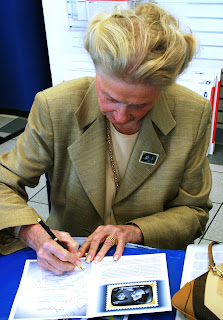 "Baby, You're the Greatest" 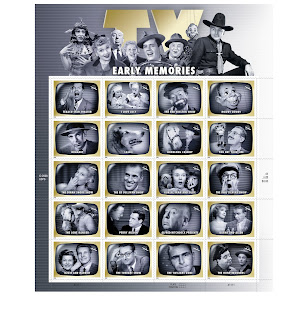 Jackie Gleason's wife, Marilyn Taylor Gleason, and his stepson, Craig Horwich, will participate in the South Florida District's salute to The Honeymooners, one of 20 shows featured in the Early TV Memories commemorative stamp set available on Tuesday, August 11. At 10 am on this date, Fort Lauderdale Postmaster Mike Fortunato will welcome the Gleason Family to a First-Day-Of-Sale ceremony in the lobby of the Fort Lauderdale Main Office, 1900 W Oakland Park Blvd. (This is an off-the-clock activity for employees.)

The Honeymooners grew out of a six-minute sketch first broadcast in 1951 on Cavalcade of Stars. Gleason starred as bus driver Ralph Kramden, who lived in a cramped Brooklyn Apartment with his wife, Alice. Ralph was a schemer whose dreams of hitting the jackpot were constantly frustrated. Alice was more pragmatic, standing firm in the face of her husband's rage. Art Carney, who appeared as a policeman in the initial sketch, was cast as Ed Norton, Ralph's neighbor, friend, and co-conspirator, who usually managed to leave him holding the bag. During the half-hour series, Ralph often threatened to send Alice to the moon, only to reconcile by the end of the episode. He would tell his wife, "Baby, you're the greatest."

Posted by Flipper at 8:08 AM No comments: