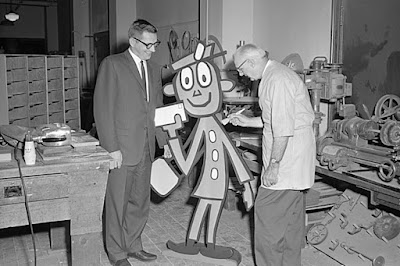 The Post Office Department introduced its Zoning Improvement Plan Codes — otherwise known as ZIP Codes — in July 1963. Here are five things you may not have known about the five-digit codes that help revolutionize mail sorting and delivery.

1. Each ZIP Code is like a series of addresses. The first digit represents a broad geographical area of the country. The next two digits stand for a central Post Office facility in the region. The last two digits represent a Post Office or a postal zone in a larger zoned city. Example: The ZIP Code 97403 means the west coast and Pacific Area; Eugene, OR, mail center; and the University of Oregon.

2. Postal zone codes existed before ZIP Codes. The basic idea was put into practice during World War II, when Post Offices were forced to hire inexperienced workers as more experienced employees went off to fight in the war. Zone numbers were implemented in 131 of the nation’s largest cities, and individual delivery districts within these cities were given 1-digit or 2-digit codes to be written as part of the address after the city name. These early postal zone codes caught on with the public, but as the nation’s population grew, postal leaders determined a more sophisticated system was needed, leading to the Zoning Improvement Plan’s creation.

3. A postal committee created the ZIP Code. More than a dozen postal employees were instrumental in creating the ZIP Code, including postal inspectors Robert Moon and H. Bentley Hahn.

4. A postal employee’s son created Mr. ZIP. The beloved cartoon figure was originally designed by Harold Wilcox, an advertising agency employee whose father was a letter carrier. Mr. ZIP was initially used by Chase Manhattan Bank for a bank-by-mail campaign, but then the American Telephone and Telegraph Co. acquired the design and allowed the Post Office Department to use it.

5. Ethel Merman and Dick Tracy helped ZIP Codes. Although Mr. ZIP was a centerpiece of the Post Office Department’s campaign to encourage the public to use the codes, he wasn’t the only “star” associated with the effort. The department enlisted Merman to sing a jingle to the tune of “Zip-a-dee-doo-dah.” (Sample lyrics: “Welcome to ZIP code, learn it today. Send your mail out the five-digit way. For a time-saver to lighten the load, your return address should have the ZIP code.”) Other pop culture figures who helped: comic strip star Dick Tracy, who was featured on posters promoting ZIP Codes.

Source: LINK
Posted by Flipper at 12:30 AM No comments:

It’s hurricane season, and the South Florida District Emergency Management Team encourages you to add the National Employee Emergency Hotline number --- 888-363-7462 --- to your cell phone directory. You also should have a yellow sticker with this phone number on the back of your employee identification badge for easy reference.

The National Employee Emergency Hotline (1-888-EMERGNC or 1-888-363-7462) is the official source of information for weather issues, work schedule changes, and facility status.

When calling the National Employee Emergency Hotline, remember to enter the first three digits of the ZIP Code of your workplace location. Also, if you evacuate and relocate due to an emergency, call the hotline number, and then press “5” after entering your facility ZIP Code. You will be routed to an individual who can take your information and relay it to District and Area leadership whose priorities are your safety and well-being.

If you use Telecommunications Relay Services (TRS), call a Florida TRS toll-free number, and the TRS operator will interact with the hotline application on your behalf. Through the use of highly-trained operators, calls can be made 24/7, 365 days a year, allowing Florida residents who are in need of services to connect and communicate with anyone at any time. The simplest way to access the variety of Florida Relay services is to dial 7-1-1.
Posted by Flipper at 12:30 AM No comments: