Don't Be Driven to Distraction 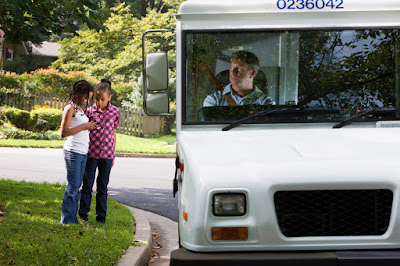 The U.S. Postal Service wants you to be on the lookout for children who are in neighborhoods — including front lawns, streets, parking lots and driveways — now that most schools are closing for the summer.

Here are some things to remember:

• Whenever you see a ball rolling in the street, you’re likely to see a child following it. Slow down and prepare to stop quickly.

• If an ice cream vendor enters a neighborhood, watch for children coming from all directions.

• Pay attention to any lone child walking along the street. You’re much more likely to overlook a single youngster than several together.

• Be extremely alert around children and others on roller skates, skateboards or roller blades because they can roll into the street.

• Bicyclists, especially young or novice riders, should be watched carefully and given plenty of room.

• Never give mail to children from inside your vehicle.

Source: Link
Posted by Flipper at 12:30 AM No comments: 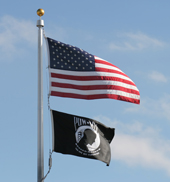 Today is Flag Day, one of six days a year that Postal Service facilities are required to fly the POW-MIA flag. Its display honors the sacrifices made by members of the U.S. Armed Forces held as Prisoners of War or listed as Missing In Action. The POW-MIA flag must fly below the U.S. flag.

Both the U.S. flag and the POW-MIA flag should be flown at full staff.


For more information, refer to the Postal Service’s guidelines for U.S. flag display and maintenance, as well as the requirements for displaying the POW-MIA flag.

In the American Revolution broke out in 1775, the colonists weren’t fighting united under a single flag. Instead, most regiments participating in the war for independence against the British fought under their own flags. In June of 1775, the Second Continental Congress met in Philadelphia to create the Continental Army — a unified colonial fighting force — with the hopes of more organized battle against its colonial oppressors. This led to the creation of what was, essentially, the first “American” flag, the Continental Colors.

For some, this flag, which was comprised of 13 red and white alternating stripes and a Union Jack in the corner, was too similar to that of the British. George Washington soon realized that flying a flag that was even remotely close to the British flag was not a great confidence-builder for the revolutionary effort, so he turned his efforts towards creating a new symbol of freedom for the soon-to-be fledgling nation.

On June 14, 1777, the Second Continental Congress took a break from writing the Articles of Confederation and passed a resolution stating that "the flag of the United States be 13 stripes, alternate red and white," and that "the union be 13 stars, white in a blue field, representing a new constellation."

In 1916, President Woodrow Wilson marked the anniversary of that decree by officially establishing June 14 as Flag Day. 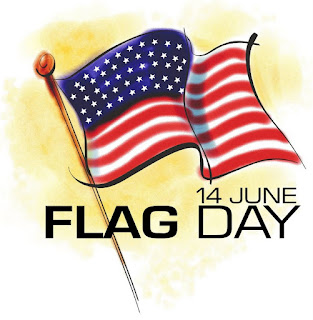 School's Out! Watch for Children 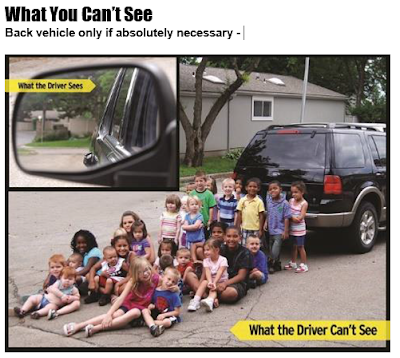 As school is in summer recess, all employees are reminded to take extra traffic safety precautions. Children are at increased risk of transportation-related injuries from pedestrian, bicycle, and motor vehicle crashes this time of year.

ü  Backing always is a conscious decision, done of our own free will. No one backs up his or her vehicle by accident, although the act of backing may well cause an accident.

ü  Backing is inherently dangerous. Do not put yourself in a situation that requires backing.
ü  Backing accidents ALWAYS are preventable.
ü  Do not back your postal vehicle unless it is absolutely necessary. If you miss a delivery, park and secure your vehicle and walk back to make the delivery. Or go around the block.
ü  Never pull into a driveway that requires you back out.


Source: District Safety Office
Posted by Flipper at 12:30 AM No comments: 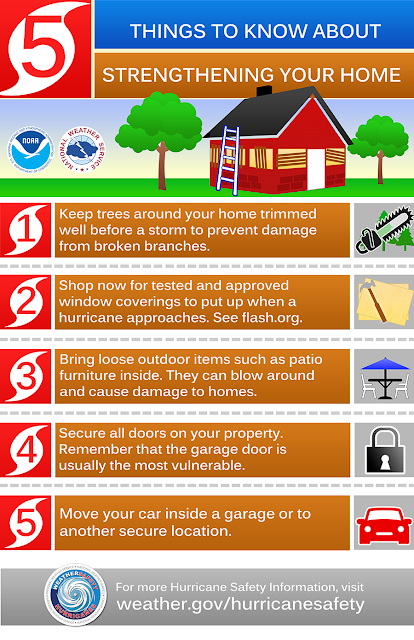 Looking for a Special Assignment? 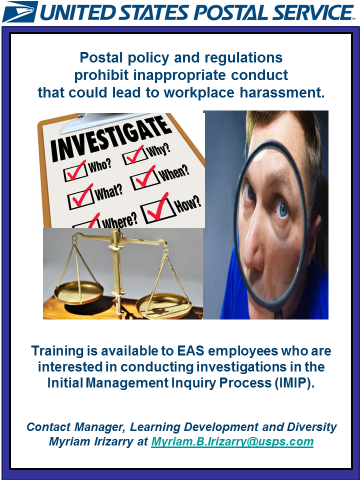 The First-Day-Of-Issue dedication ceremony is at 11 a.m. at the Annenberg Presidential Conference Center, Frymire Auditorium in College Station, TX. 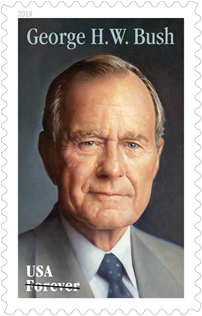 George Herbert Walker Bush (1924–2018), served as America’s 41st president from 1989 to 1993. During his term in office, he guided the United States and its allies to a peaceful end of the Cold War, helped reunify Germany, and led a multinational coalition that successfully forced Iraq to withdraw from Kuwait during the Persian Gulf War.

In addition to serving as vice president under President Reagan, Bush held a number of other senior leadership roles including Ambassador to the United Nations, Chairman of the Republican National Committee, Chief of the U.S. Liaison Office in China, and Director of Central Intelligence.

George H.W. Bush was the first sitting vice president elected president since Martin van Buren in 1836, and one of only two presidents to have a son who also served as Commander-in-Chief.
Posted by Flipper at 12:30 AM No comments:

The USS Missouri will sail into Post Offices across the nation this week. 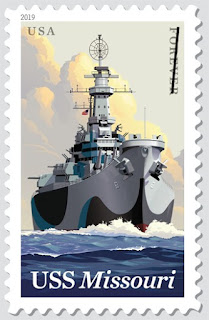 The Postal Service is marking the 75th anniversary of the battleship’s 1944 commissioning with a stamp that will be released today, June 11.

USS Missouri (BB-63), the last U.S. Navy battleship, made history when she hosted high-ranking military officials from the United States, the Allied powers, and the Empire of Japan in a surrender ceremony that ended World War II in September 1945.

Commissioned on June 11, 1944, “Mighty Mo” played an integral role in the final defeat of Imperial Japan — most notably providing support for the capture of the islands of Iwo Jima and Okinawa.

Following World War II, Missouri made deployments to the Mediterranean as a show of support for free nations under threat from communism and demonstrated her deterrent value.

In 1950, in response to the North Korean invasion of South Korea, Missouri provided support to U.S. and United Nations ground forces.

After being decommissioned in 1955 and serving the next 30 years as part of the Pacific Reserve Fleet, she was brought back into service in 1986. Missouri was deployed to the Persian Gulf and supported U.S. and Allied ground forces in liberating Kuwait in 1990 and 1991.

On March 31, 1992, Missouri was decommissioned for the second and final time. “Mighty Mo” now rests at the Battleship Missouri Memorial in Pearl Harbor, HI, near the USS Arizona Memorial.

Source: Link
Posted by Flipper at 12:30 AM No comments:

Postal Pulse: Time is Running Out 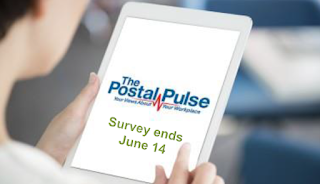 Have you taken your Postal Pulse?

The Postal Pulse Survey is your opportunity to share with the organization your views about your current workplace. The survey, conducted by Gallup, takes your “pulse” to learn what’s on the minds of the Postal Service’s most valuable asset --- its employees.

Time is running out as the survey, with 13 questions and a comment section, must be completed no later than Friday, June 14. Why wait until the last minute when the survey only takes five minutes to complete?

Gallup sent an email inviting non-bargaining employees to take the survey. The email had a link to a secure survey site.

Bargaining employees received the survey at work and at home. You can bring your survey from home and complete it on the clock.

All employees can complete the survey on LiteBlue at a personal or work computer. You’ll need your Employee Identification Number (EIN), located on your paycheck stub, and a password to log in.

Although employees are being given several options to complete the Postal Pulse Survey, only the first survey received by Gallup for each employee will be counted. Gallup doesn’t  share individual employee’s responses with the Postal Service. Information in the comment section will be shared with postal leadership.

Where to Get Hurricane Info 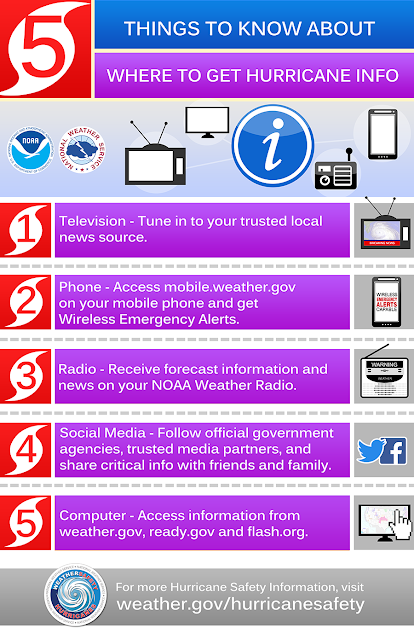 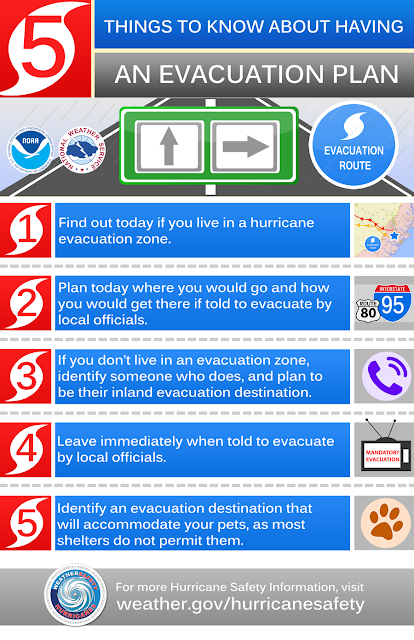 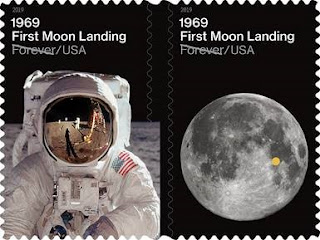 The U.S. Postal Service is celebrating the 50th anniversary of Apollo 11 and man’s first steps on the Moon with two Forever stamps. The First-Day-Of-Issue stamp dedication ceremony will be at the Kennedy Space Center Visitor Complex on Merritt Island, FL at 11 a.m. on Friday, July 19.

On July 20, 1969, Apollo 11 astronauts Neil Armstrong and Buzz Aldrin achieved something that had long been confined to the realm of science fiction when they landed a spacecraft named Eagle on the Moon. A worldwide audience watched and listened when Armstrong stepped onto the Moon’s surface and famously said, “That’s one small step for man, one giant leap for mankind.”

On the 50th anniversary of this first Moon landing, two stamp designs commemorate that historic milestone. One stamp features Armstrong’s iconic photograph of Aldrin in his spacesuit on the surface of the Moon. The other stamp, a photograph of the moon taken in 2010 by Gregory H. Revera from his home in Madison, AL, shows the landing site of the lunar module, Eagle, in the Sea of Tranquility. The site is indicated on the stamp by a dot. Art director Antonio Alcalá designed the stamps.
Posted by Flipper at 12:30 AM No comments: 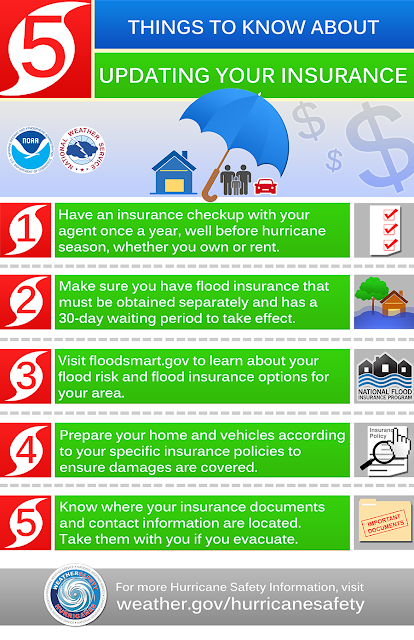 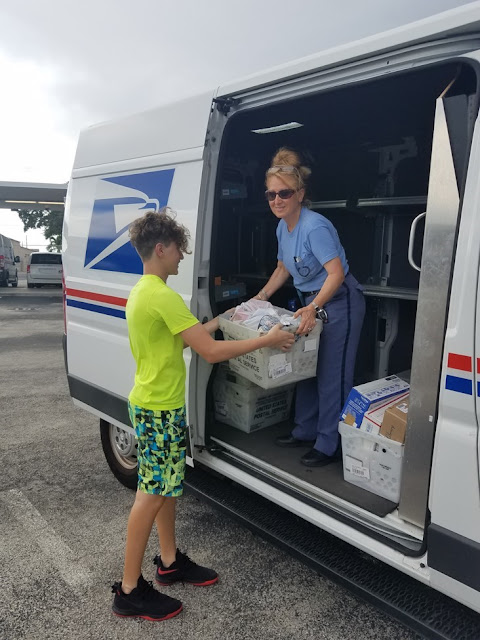