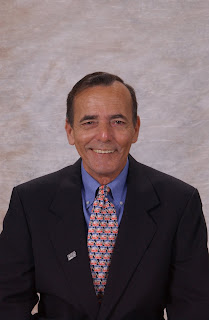 Hispanic Programs Specialist Jacinto Acebal is doing some "super" work to generate revenue in the South Florida District. In just 24 hours, "Ace" has added 18 media hits to his credit! He was interviewed by television hosts and reporters at several Hispanic media outlets including Gen TV Channel 8, TeleMiami TV Channel 12, Univision Channel 23, AmericaTeVe Channel 41, and Telemundo Channel 51. His mission: To promote the great work of our employees, as well as the great value of postal products and services, particularly shipping packages to Cuba. One show was broadcast in Chicago, Las Vegas, Los Angeles, and New York City markets. Ace also made the news in Puerto Rico! Ace, thanks for a great job and all the free publicity! Ace plans to continue his media blitz with Hispanic print, television, and radio throughout the district.
Posted by Flipper at 4:48 PM