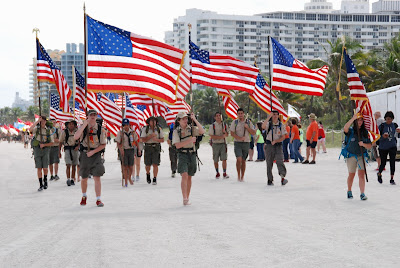 The Boy Scouts of America relived part of South Florida history, walking the trail of the Barefoot Mailmen who carried mail on foot between 1885 and 1893. The Barefoot Mailmen braved heat, thunderstorms, alligators, sharks, and bears to carry mail between Palm Beach, FL, and Miami, FL. Crossing inlets by rowboat and hiking along the beach, a round trip took six days. Their exploits earned them $600 a year, and later resulted in a best-selling book and a movie.

James Hamilton was the most well-known carrier. He mysteriously disappeared after only three months on the job. It is believed that he lost his life at Hillsboro Inlet in Pompano Beach, FL, where he attempted to swim from the shoreline to the other bank to retrieve his rowboat that had drifted. Search parties scoured the coastline, but only found Hamilton’s clothes and backpack of letters.

Following in Hamilton’s footsteps, modern-day Barefoot Mailmen were self-sufficient, carrying their food supply, shelter, and letters on their backs. They camped overnight on the beach. On the second day, family and friends gathered to applaud and cheer Scouts --- some barefooted and blistered --- as they completed their journey. Miami Customer Relations Coordinator Mirtha Uriarte collected letters and affixed a “Barefoot Mailman Station” special cancellation to each envelope to commemorate the event. 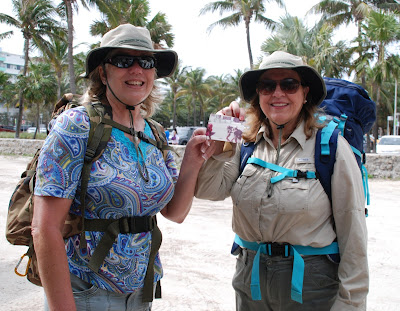 Nancy Hill Carter (left) and Suzanne McDavid Pendleton walked the Barefoot Mailman Hike forty years ago and in 2016, decided to relive a fond memory and hike the route again!

Also participating in this year’s hike were Nancy Hill Carter and Suzanne McDavid Pendleton who have been best friends since middle school.  During the 1976 hike, Pendleton’s father, Eagle Scout John McDavid, asked both Pendleton and Carter (who had just celebrated their 18th birthday) to chaperone during that year’s hike; back then it was a little more than 50 miles.

“I figured I would call her bluff and told her if she thought she was up to it that I would do the hike with her,” said Carter.

The ladies completed the 35-mile hike and truly enjoyed reminiscing along the way.

“We have remained best friends all these years, even after marrying, having children and grandchildren,” said Carter.

The ladies proudly carried a photo of themselves during their first hike. Pendleton has a special place in her wallet for the photo with “50-Mile Barefoot Mailman Hike, February 8, 1976, Last leg of our journey, South Miami Beach” on the back. 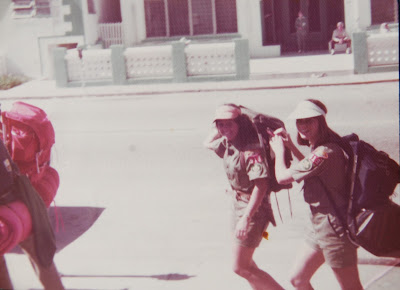 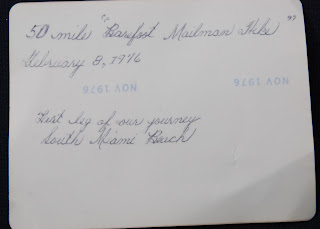