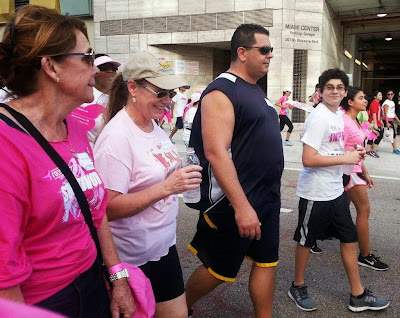 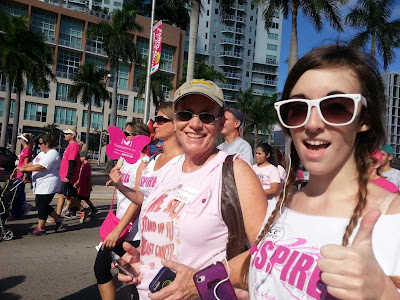 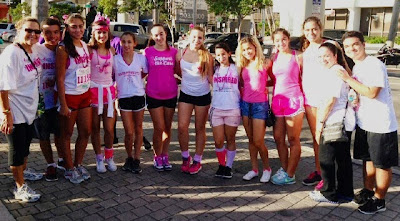 This year's race included over 20,000 participants.  Some participants walk, others run and then there are some that cannot make it on the day of the race and register as “Sleep in for the Cure.”

“The importance is that we’re ‘making a difference,” said Captain Marguerite Goulet.  “The South Florida District’s ‘Dream Team’ participated and raised $704 which was 70% of their goal.”

The Miami group participated with the Coral Gables Sr. High School, Gablettes Team.  Participants included Miami Officer-In-Charge Administrative Assistant Estrella Noguera, along with her sons Charles and Edward Noguera, and Coral Gables Clerk Ana Mendez and daughter, Alexis, who is captain of the Gablettes.
Posted by Flipper at 2:58 PM