Postal Parents are Proud of their 'Wonder Woman' Daughter 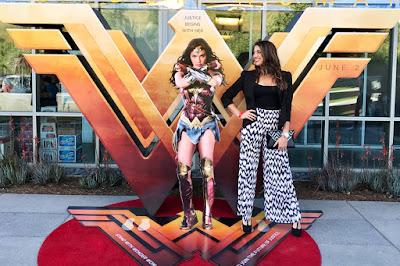 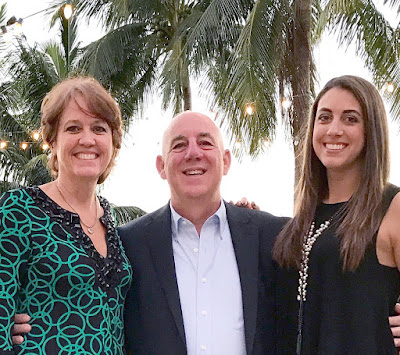 Growing up in a postal family, Caitlin Dechelle always understood the importance of teamwork.

It’s a lesson she has taken to Hollywood, where she is making her mark as Gal Gadot’s stunt double in the summer blockbuster “Wonder Woman.”

Dechelle worked closely with the actress throughout the production, including helping her prepare for fight scenes and stepping into Wonder Woman’s boots for sequences that required professional stunt work.

“Sometimes it’s hard when you’re part of a huge action film and you try and teach actors these big fight scenes with weapons and wires,” Dechelle said. “It can be difficult, but [Gadot] was always very upbeat, excited and ready to learn.”

Dechelle is the daughter of Chattanooga, TN, Postmaster Pete Dechelle and his wife Chivon, a retail equipment coordinator for Eastern Area. They remember their daughter falling in love with karate when she was 6.

“She was primarily the only girl in an almost all-boys karate school so she grew up fighting, sparring and training with boys,” Pete said. “She was fearless and unstoppable.”

Dechelle, who became a martial artist with almost 90 world titles under her belt, entered showbiz after Jackie Chan discovered her during a Florida karate tournament.

She did stunt work for the 2012 film “John Carter from Mars” and soon added other titles to her list of credits, including “Furious 7,” the seventh entry in “The Fast and the Furious” franchise, and “Chinese Zodiac,” a Chan vehicle.

Dechelle also acts, including a regular role on the MTV series “Teen Wolf” and a part in “Chinese Zodiac.”

One of the perks of her career is the opportunity to share movie magic with her parents.

“When she was in China working with Jackie Chan, she handed the phone to him and said, ‘Jackie, say hi to my parents,’” Chivon recalled.

Dechelle, who hopes to transition to acting full time and maybe even land a superheroine role of her own, said she’ll always feel fortunate to be part of “Wonder Woman.”

“This is a very strong female-driven movie, which is directed by a female [Patty Jenkins] as well,” she said. “It’s going to be huge, and I think it will be an inspiration for a lot of young girls.” Caitlin Dechelle loves the Wonder Woman stamps that USPS issued last year. “All four are signature poses for her but my favorite would have to be the Bronze Age where she’s holding her fist in the air,” she said.