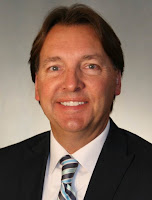 Timothy R. Costello was named acting Vice President, Sales in October 2019. In this role, he oversees the direction and management of the Sales organization, as well as business and customer support provided by the Business Service Network (BSN) and Customer Care Centers.

Costello previously held a succession of executive leadership roles as District Manager of the Dallas and Alabama districts in Southern Area, and Area Manager of Delivery Programs Support in Eastern Area. He has also served as Manager, Operations Programs Support, for the Atlanta and Mississippi districts. Costello provided expertise to the National Performance Assessment and World Class Package Platform Headquarters teams.

Costello studied Business Administration and Management at Mississippi State University; he graduated from the Advanced Leadership Program, Executive Foundations and Senior Executive Leadership Development Program; and is certified Lean Six Sigma Green Belt by Villanova University and the Postal Service.
Posted by Flipper at 12:30 AM