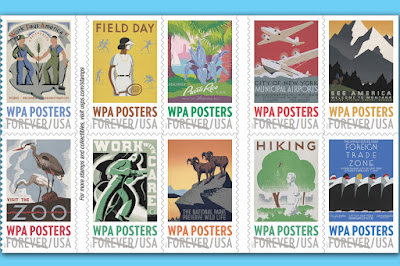 
The WPA’s Federal Art Program’s Poster Division lasted until 1943, when it was absorbed into World War II programs.
At the program’s height, cities in 18 states had poster project offices that printed two million posters of approximately 35,000 designs. Posters were displayed in public spaces and municipal buildings to encourage domestic travel, education, health, conservation and other civic ideals while stimulating morale and the economy.