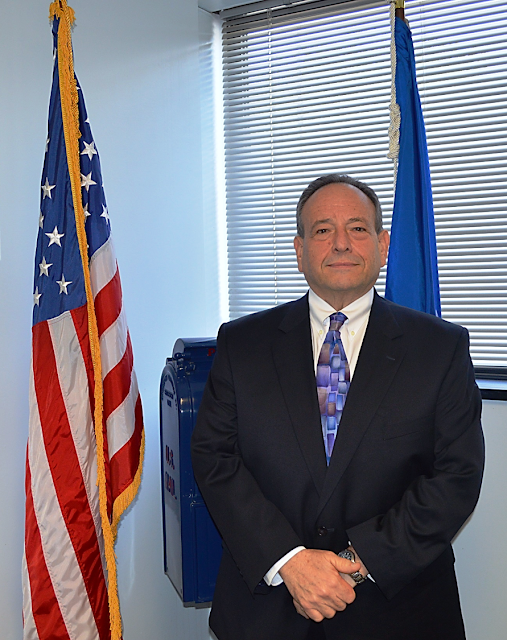 West Palm Beach Postmaster Robert Weiser
Photo: West Palm Beach Customer Relations Coordinator Curlita Rogers-Saunders
Robert Weiser began his postal career as a Letter Carrier in Long Island City, NY, in 1973 when the cost of a First-Class letter was 8 cents. Weiser has been dedicated to providing outstanding service to customers while in various postal positions from New York City to Dallas to Philadelphia to West Palm Beach for the past 43 years.


“I’m very pleased to lead our West Palm Beach City team in providing outstanding retail and delivery service to our customers,” said Weiser. “As a team, we’ll work together to provide outstanding service to all internal and external stakeholders.”


Weiser studied accounting, business and marketing at Hunter College in New York City and at the University of Texas in Dallas.


“Robert’s extensive postal knowledge and customer service experience are assets to this position,” said District Manager Jeffery Taylor. “Please join me in wishing him continued success in his career.”
Posted by Flipper at 12:30 AM