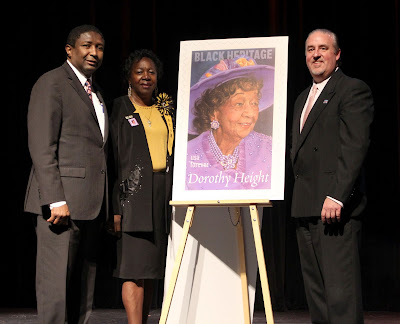 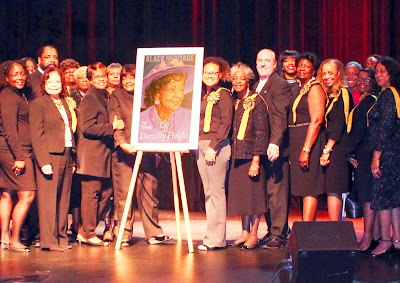 
Late Civil Rights Activist Dorothy Height was celebrated at a combined Black History Month/Women's History Month stamp dedication at the African-American Research Library and Cultural Center in Fort Lauderdale.
Height became the 40th inductee in the Postal Service's Black Heritage Stamp Series.
Born in Virginia in 1912, Height was a leader in addressing the rights of both women and African Americans as the president of the National Council of Negro Women. In the 1990s, she drew young people into her cause in the war against drugs, illiteracy and unemployment. Among her many honors, Height received the Presidential Medal of Freedom in 1994 and the Congressional Gold Medal in 2004. On April 20, 2010, Height  died in Washington, D.C.
Posted by Flipper at 12:30 AM