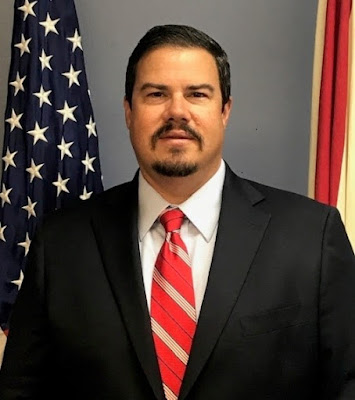 
Jarrell’s postal career began as a Casual Clerk in Nashville, TN, in 1994. He has been detailed as Manager, Post Office Operations in the South Florida District since November 2018. He previously was Boca Raton, FL, Postmaster, and prior to that, was an MPOO in the Gulf Atlantic District. He has served in various detail assignments including Officer In Charge (OIC) in Ocala, Panama City, and Tallahassee, FL, and Manager, Customer Service Operations in Jacksonville, FL.


“Ron is an asset to our district and to the organization,” said Costello. “Please join me in wishing him continued success in his career.”
Posted by Flipper at 12:30 AM