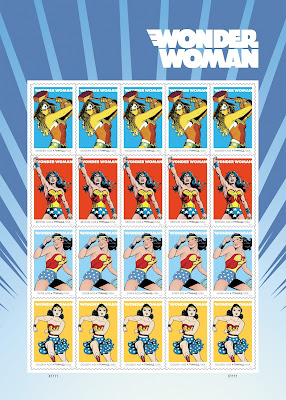 In 1941, when Wonder Woman debuted in issue Number 8 of All Star Comics, America was a much different place — especially for women.


There was no Equal Pay Act, no true recourse for gender discrimination in the workplace, education or athletics. And it would take another three decades before the country would have its first female CEO of a Fortune 500 company.


What is a Comic Con?


A Comic Con is a festival that celebrates superheroes, anime, fantasy, science fiction, video games, pop culture, and more. Lots of people dress up as their favorite characters, and people come from all over to see and be seen.
Paradise City Comic Con is South Florida’s second largest con with over 20,000 attendees at its last event. Paradise City Comic Con 2016 will be held December 9, 10, and 11. For more information, including cost, visit http://paradisecitycomiccon.com/.


Employees are reminded that their attendance is an off-the-clock activity.
Posted by Flipper at 12:30 AM