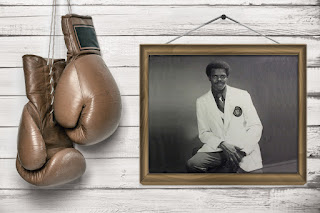 Eagan, MN, Computer Production Support Technician Ricardo Carreras is shown in 1972, the year he won a bronze medal in boxing at the Munich Olympics.


Ricardo Carreras reserves his punches these days for clocking in and out of his USPS job, but back in 1972, he won a bronze medal in boxing at the Munich Olympics.

Although the southpaw had to adjust to a right-hand-dominant sport, he enjoyed competitive fighting and continued to box throughout his youth and service in the U.S. Air Force.

After medaling on the Pan-American team in 1971, Carreras made the 1972 U.S. Olympics team and went 3-1 to win the bronze medal.

“It was a privilege” to participate in the games, he said.

Carreras joined USPS as a computer operations specialist in 1997. He moved into other positions over the years, building on his extensive experience with technology.

Many of Carreras’ co-workers have expressed their admiration for his role in Olympic history, but to him, that’s not the best part of his job.

“Postal Service management has encouraged me throughout my career and provided me on-the-job training,” he said. “Working for USPS has provided me with many opportunities.”