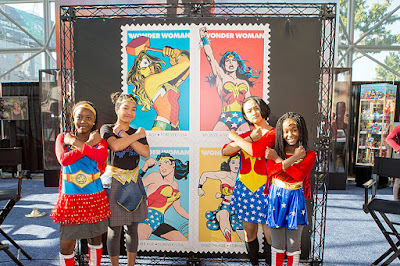 Fans are encouraged to share the news on social media using the hashtag #WonderWomanForever and #WonderWoman75.
Posted by Flipper at 12:30 AM