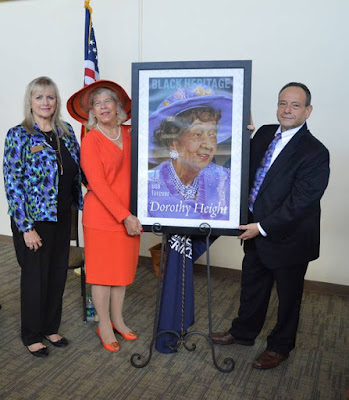 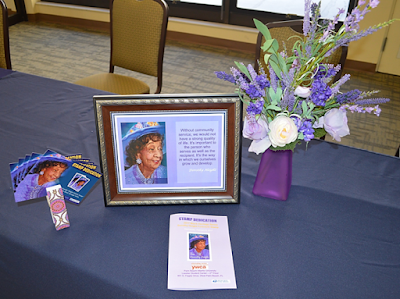 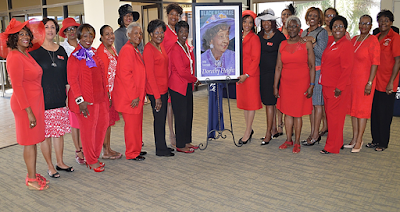 On Feb. 8, Delta Sigma Theta Sorority, Inc., West Palm Beach, FL, Alumnae Chapter, attended the Dorothy Height stamp dedication at Palm Beach Atlantic University. Dr. Height was initiated into Delta Sigma Theta Sorority in 1939 through Rho Chapter at Columbia University. She went on to serve as the 10th National President of the Sorority from 1947-1956. During her tenure, she oversaw the purchase of the Sorority’s first National Headquarters building. She was involved in hiring the organization’s first executive director, The Honorable Patricia Roberts Harris.

Dr. Height also developed leadership training programs as well as interracial and ecumenical educational programs for members of Delta Sigma Theta as well as other organizations and institutions throughout the United States. Dr. Height was always present and very much involved at national Delta events and many local and regional events as well. There was never a time that she did not leave words of wisdom for Sorority members and guests who were present.