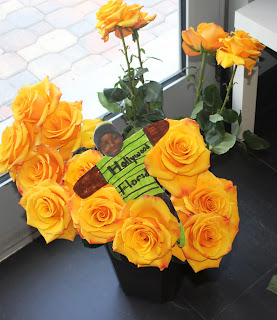 A cardboard replica of a young boy named Jakobe who arrived in a  bouquet of roses at the Hollywood Post Office. 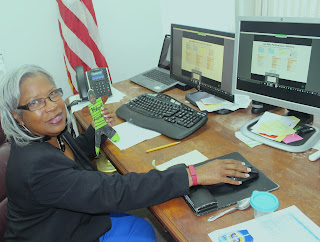 "Flat Jakobe" was addressed to Postmaster Phyllis Reed (above).


Dear Jakobe:
Thank you for writing to the Hollywood Post Office. We were very excited to receive "Flat Jakobe" and take him around postal operations and the City of Hollywood to help answer your questions.
﻿Before going on his travels, Flat Jakobe needed to learn how to clock out to lunch so he could leave the building with the Letter Carriers and the Supervisor and take pictures to send back to you.
He learned all about delivering mail with a Letter Carrier who walks all day and another one who drives a Long Life Vehicle.

Flat Jakobe got to stop for quick break at Hollywood Beach with Supervisor Kim.
﻿﻿

We all were tired after delivering the mail and going to the beach, but there was still so much more that had to be done!
He helped the Sales and Services Associates with customers at the retail counter. He also worked in the Box Section so customers could pick up their mail. Next he worked with me --- Postmaster Phyllis Reed! How exciting!
Here are the answers to your questions:


There are many big buildings in our city.

We don’t have any theme parks, but we have a lot of sandy beaches.

Wow!  What a great time we had and at the end of the day. Thank you for the chance to stop and smell the roses! 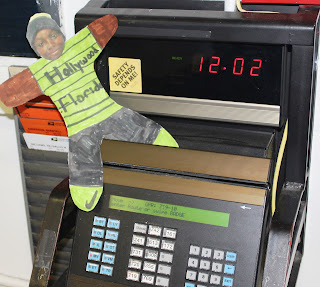 "Flat Jakobe" clocks out for lunch. 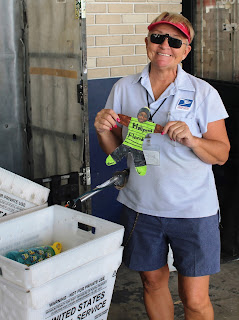 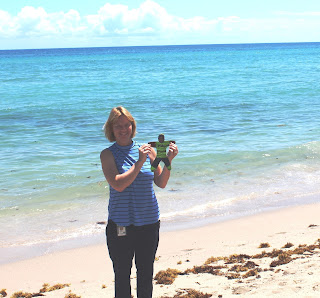 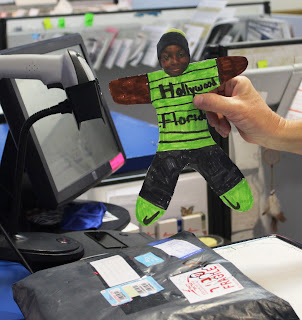