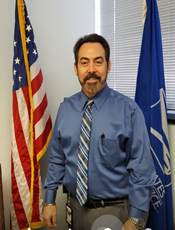 Jay Scott Willey has been promoted to Manager, Transportation/Networks at the West Palm Beach Processing and Distribution Center. He had been detailed to this position for three months.

Willey began his postal career as a Part Time Flexible Letter Carrier at Palms West Station in 2004. Shortly thereafter, he was awarded a reassignment as a Fulltime Tractor Trailer Operator. In 2006, he was promoted to Supervisor, Transportation Operations, and in 2013, was promoted to Network Specialist.
Willey has 13 years of service in Customer Service and Transportation Operations in West Palm Beach.
Posted by Flipper at 12:30 AM