When Only a Hippopotamus Will Do 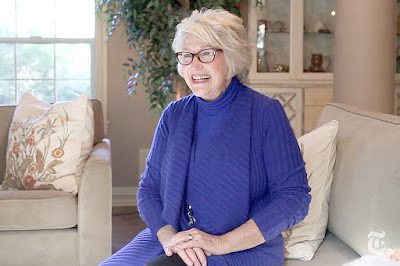 People want to know: Who is the little girl who sang about wanting a hippopotamus for Christmas in the Postal Service’s holiday television campaign?

Her name is Gayla Peevey and the former child star is experiencing a comeback of sorts thanks to the ad featuring her 1953 hit.

No one is more surprised than Peevey herself.

“I thought my life as a 73-year-old was going to be all about playing with my grandchildren,” she  told the New York Times.

Peevey was 10 when she recorded “I Want a Hippopotamus for Christmas.”
After singing it on Ed Sullivan’s TV show, the song became a hit and Peevey became a star.

In fact, Peevey and her song became so popular that the Central Park Zoo shipped a real hippopotamus to her Oklahoma home as a Christmas gift, which Peevey donated to the local zoo.

The young singer went on to record other songs, but eventually left the limelight and settled into a regular life. She married, had a family and opened an advertising agency.

Since the USPS campaign debuted in November, Peevey has been contacted by media outlets and fans from all over the world.

She’s also receiving royalty checks from sales of “I Want a Hippopotamus” on iTunes.

“For people to have all this interest in me has opened things up for me,” Peevey said. “I’ve retired, but my song hasn’t.”

Source: LINK
Posted by Flipper at 9:00 AM