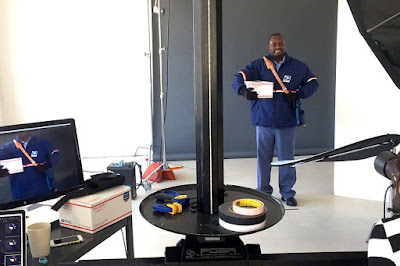 It’s never too early to get in the holiday mailing spirit.

The signs will reflect this year’s holiday message, which is meant to inspire confidence in USPS products and services.

The holiday POP kits will be sent nationwide to more than 33,000 Postal Service retail units.

A large banner of Kazee scanning a package will also be hung at the Post Office outside of USPS headquarters in Washington DC.

Kazee, who was recently photographed for the signs, said his turn at being a model was harder work than he expected but worth it.

“This was unlike anything I’ve ever done, and I’m glad I had a chance to [be] part of something outside of my normal duties,” he said.